A Long Wait For an Update… (Games and Work Projects)

With the summer break (which consists of a trip back to Canada from Qatar), as well as networking/investigating future career plans, I’ve been pretty quiet on here. But I’ve been keeping busy, I promise!

I haven’t been very successful at convincing my Dean that I should be seconded on a project making games for my department (Communications). However, I did take it on myself produce some proof of concept projects to see if there’s interest. 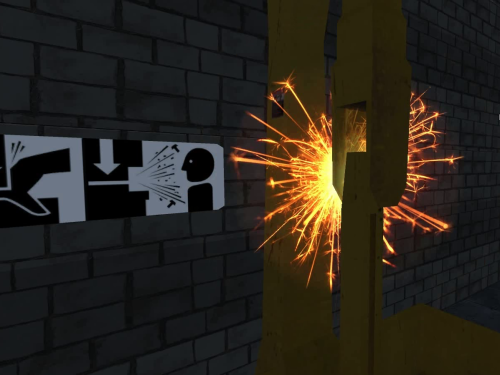 Technical Prep Program – Standard Operating Procedure
Another colleague was developing multimedia (for online materials delivery) for a course, and I wanted to contribute with gaming. We agreed to make a “micro-simulation” that could be inserted into the materials and give students a different form of interaction than the typical ‘clicking’. The result was a first-person proof of concept, where the player must follow the steps in a Standard Operating Procedure for replacing a broken part on a machine. From a game standpoint, it’s quite simple. However, it is meant to be played in about 5mins, and by players who may not play games regularly. The demo video can be found on its page.

It was well-received by the Technical Prep Program bosses, and gives them an idea of what can be done that is more rich an experience than an interactive textbook. 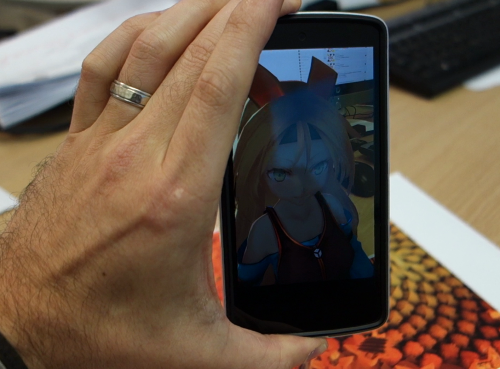 Augmented Reality Demo
Augmented Reality is something popping up more often at work as of late, since there are a number of ways it can be used in technical industries to help workers. As such, I decided to learn how to create a basic AR interaction. The result can be seen on its page, including a video. Basically, I wanted to demonstrate the ease in which an AR object can be created and interacted with (aka looked at). The next step will be to look at creating more digital interaction, perhaps when bringing two items together. A great example is this program, which allows you to combine two AR objects together. Other options are creating basic buttons for user interaction.

While these are not substantial projects in and of themselves, they provided some insight to colleagues about what can be done if demand was there (and budget/time allocated). I look forward to playing more with Augmented Reality, and also if anything comes from the Tech Prep Program regarding simulation-learning-tools.

Games I’ve Played in the last little while: 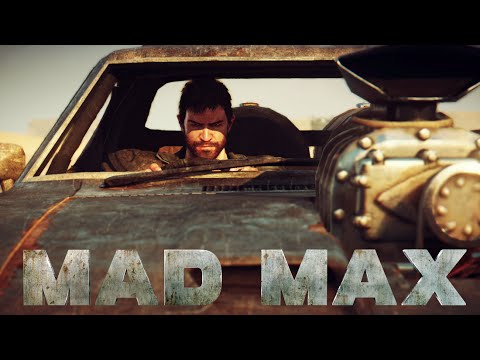 This is a very easy to get into and play (as opposed to an intimidating, time-invested epic story). It nails that “just one more quest and then I’ll stop” that turns 5 more minutes into an hour. I found the world and atmosphere is great – it really does *feel* like Mad Max. However, I didn’t feel a connection with the majority of the story characters, and the story in general. This might also relate to my above statement that it was easy to get into, because it didn’t get me invested narratively.

Probably the single biggest frustration in this game came from a required racing story mission, which was REALLY FRIGGING HARD! It wasn’t executed very well (tight corridors, yet the car doesn’t handle sharp), and it took me almost an hour before I figured out how to beat it. Yes, I was yelling at the screen. 😛 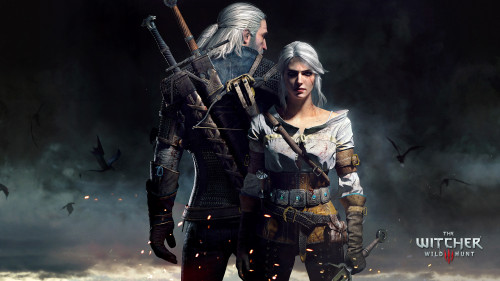 Considering I didn’t play the first two Witcher games (I tried the second one, but detested the controls), there’s a lot potentially discouraging you from jumping in to the story. However, the developers excelled at presenting the history in a way that clued in latecomers like me, without being too much of a recap for returning players. This game has a very vibrant world environment, and I did enjoy being a part of it. Even the side quests, which are usually drab and uninspired in games, were for the most part unique and interesting. Heck, even the sidequest characters have their own voice actors, and amusing quirks!

If I can fault this game for anything, it’s that I played 99 hours and that wasn’t completionist! It’s gargantuan, and something I find harder to find time to play when I’m older and have things like, say, a job and a family. My wife was incredibly tolerant for the most part. I’d avoid this game if you’re the kind of player that NEEDS to clear the map of all objectives. 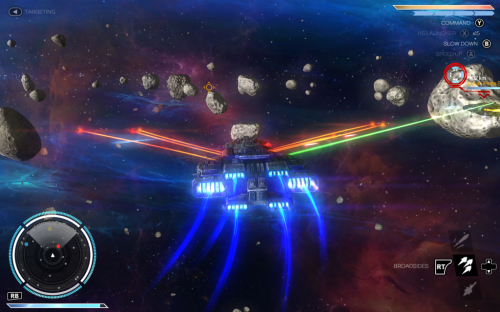 This is very much an action-RPG version of the space-sim Elite:Dangerous. I found this game, like Mad Max before it, is very easy to jump into and play for a while. To be honest, I enjoy running around doing paid missions just as much as following the narrative – perhaps more! You can jump to different solar systems, each with differing difficulty. So this works well to promote the continual upgrading of your ship, much like a typical RPG ups the difficulty.

If there is a complaint, I don’t find the narrative riveting. Granted, I did come from playing Witcher 3, so hard to compare. Arguably, though, this game doesn’t hinge on the narrative (not even as much as Mad Max). The narrative simply there for the player to have some centralized focus aside from just running around, completing missions and upgrading.