What’s been going on?

Due to an 11th hour (later, actually) contract renewal, I’m back in Qatar. That, at least, provides some fiscal security and lets me focus on some developing on the side.

My College has brought in Desire2Learn [D2L] (now called BrightSpace), a Learning Management System, to assist with course delivery. Most approaches I’ve seen to D2L materials tend to be traditional in nature (duplicating resources, or recreating testing on computer). With the Masters complete, I’m experimenting with developing some interactive/mini-games to use in D2L. This is a good test to find the balance between gaming+education, where students are engaged but genuinely learning something. Game Maker outputs in HTML5,so that makes for rapid development!

As far as game design/development, I’m still working on Maa. The project experienced some problems when we accidentally upgraded Unity+Adventure Creator to the newest versions – this produced a bunch of errors which we have to sort out and correct. I’m also applying some GameMaker tutorials (platformers, RPGs) to learn how these are implemented in engine.

As game design is one of the areas I’d like to be working in, I’m going to practice with producing some formal game pitches. It helps to make ideas more concrete and clear for others to read, plus it displays the kinds of games I’m interested in making.

What have I been playing?

I, like many Steam service users, have a whack of games I’ve never played in my Steam library. Thus, I took it upon myself to play everything I haven’t. Even if it’s not something I’m interested in, spending 20 minutes gives me an idea of the game and what to expect. Plus it makes me feel less guilty about buying games when there’s nothing sitting there, waiting to be played! I’ve already halved the list (as you can see by the picture below). Still lots to play!

The big game I’ve been playing lately is Divinity: Original Sin (coop with a friend). It’s a great throwback to older “Gold Box” Dungeons & Dragons games. I really enjoy the turn-based combat, as it makes every action all the more dramatic. It’s pretty challenging as well! 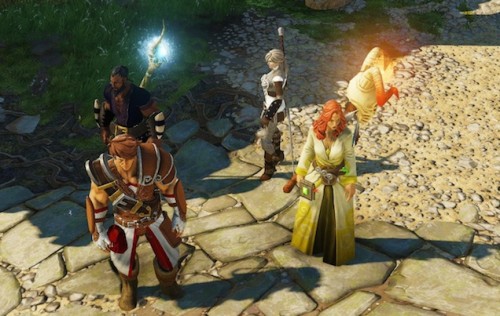 What am I looking forward to? 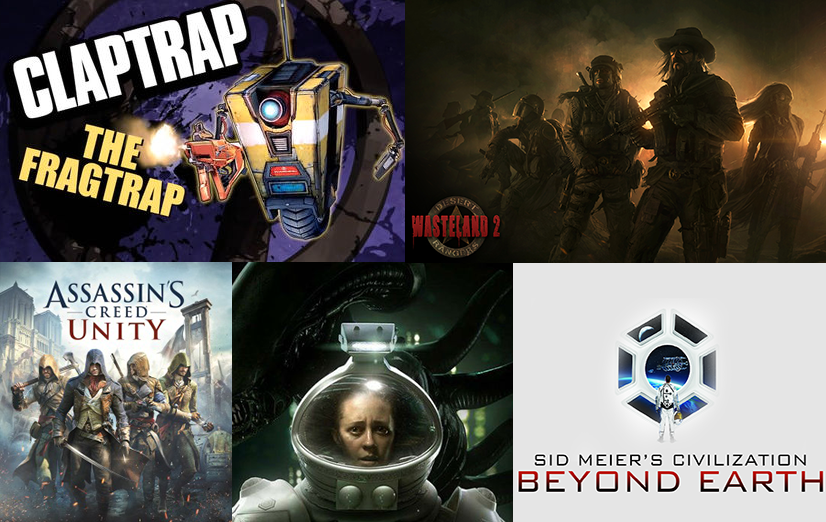 – Wasteland 2 – should be similar to Divinity: Original Sin, only single-player and post-apocalyptic. It looks great!
– Alien: Isolation – the atmosphere of this game looks to capture Ridley Scott’s original film to a tee.
– Borderlands: The Pre-Sequel – I play cooperative multiplayer regularly, and Borderlands 2 was a blast this way. I can’t wait to play Claptrap 😉
– Civilization: Beyond Earth – I haven’t played a civilization-building game in a while, so this title has great timing! It’s also not solidified in the past like traditional Civilization titles are, so I’m excited to see the future technology.
– Assassin’s Creed: Unity – LOVE this setting. Just wish you could play the whole game in coop!

– The Witness – Haven’t heard much lately, but this is a game I look forward to playing, simply because it’s a totally different feel than most of what’s out there at the moment.
– Pillars of Eternity – This is like Wasteland 2 – a good throwback. According to my friend Matt’s interview with Feargus Urquhart, it should come out before the end of the year!
– Quadrilateral Cowboy – I like the retro-ness of hacking in this game using command-line is AWESOME. Can’t wait!