Hands-off Exploration and The Vanishing of Ethan Carter 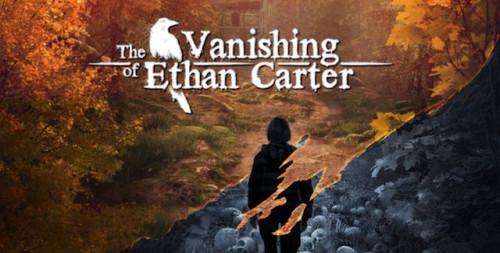 “This game is a narrative experience that does not hold your hand.”

And in many ways, they mean it. The Vanishing of Ethan Carter is essentially an exploratory puzzle game. The player arrives on the scene because of a letter sent to him by Ethan Carter, and your job is to try to uncover what is going on.

Beyond that, there’s not a whole lot of guidance. Players are left to explore and uncover things in the environment, piecing the story together like a detective examining a crime scene. It’s an interesting approach to take in this age of game maps and objectives and directives. There is no game map, and there is not even always a clear direction. Sometimes I found myself exploring only to find that I had doubled-back on my position to a previous puzzle I had solved (specifically when trying to find the mine). 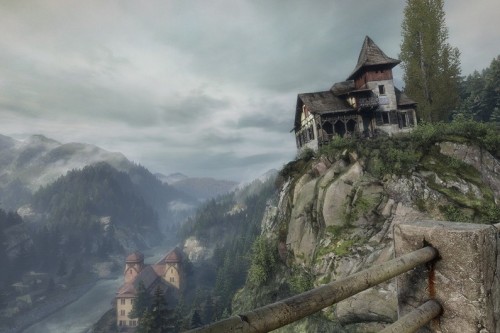 The graphics in this game are stunning. Look at the detail on the rail!

All in all, this experience was a good one. The game is short, but does not need to be any longer. The puzzles can be challenging, but there were enough clues that I was always able to figure them out. The mechanic of reassembling crime scene narratives into the correct order was also entertaining. Characters were believable, and there’s a healthy dose of surrealism going on here. And something you would remember when this game was originally teased: the graphical textures/materials in game are stunning. There’s a crazy amount of detail and you can even zoom in to see more!

While it echoed bits of other games, such as Dear Esther or Alan Wake, this is clearly its own entity and a refreshing change. There’s more control than Esther (which isn’t saying much), but the game does not choose action to deliver its engagement. Akin to something like Myst or 11th Guest, the atmosphere goes a long way to prompt emotion in the player, as well as thrill (damn miner!) 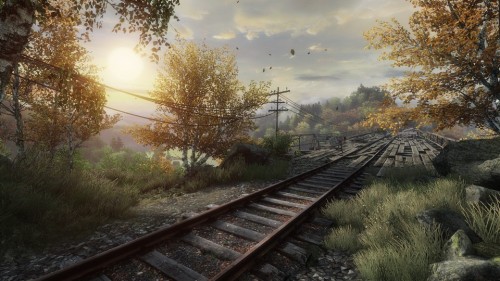 “Hands-off”, exploratory games give the player time to “take in” the environment, and explore at their own pace

It is an interesting coincidence that prior to playing this I have been thinking more and more about designing games that privilege exploration. A hands-off exploratory approach lets the player stop and take in the environment. The player explores at his/her own pace and has a genuine sense of satisfaction from finding things “their own way”. By the end of the game, they (hopefully) feel like the game experience has been their own, rather than a canned, scripted affair.

Where this could backfire is in missing pieces of or entire puzzles while exploring. For example, the boundaries of the first puzzle you encounter in Ethan Carter are not immediately clear. I ended up uncovering most of it, but continued exploring and found myself at a second puzzle. “Oh, I’ve got to go back and look more”. This could be particularly frustrating for someone who missed solving a puzzle early on, and has to backtrack through a notable portion of the game. Levels need to be designed with a natural flow, yet not feel like corridors (Ethan Carter does this quite well). Alternatively, if you’re clever enough a designer, design it so that the puzzles are optional as well. Of course, when puzzles are attached to a kind of narrative, it might get tricky.

An idea I’ve returned to regularly would be a game designed in a hands-off, exploratory manner but that contains multiple different narrative/puzzle elements. Players, based on their own exploration, might find all, some, or one of the puzzles. For example, if a player was trapped on an island, there might be multiple ways to get off the island. Players will explore and find some of these ways to escape, but different players will have different gameplay experiences. It’s a fantastic concept for prompting discussion of gameplay experiences, which could be harnessed in education to have students journal their gameplay experiences and share them.

Valiant Hearts: The forgotten war is remembered at last
A Long Wait For an Update… (Games and Work Projects)