Well, my game playing tapered off towards June, as I just relocated from Doha, Qatar back to London, Ontario, Canada. My Q3 game playing will definitely be low-key, with all the changes to adapting to the new location, job, housing, etc.

But here are the games I *did* play in Q2, with some flair for Retro 🙂

While a new release, this game is well-situated in retro style. An action-adventure-rpg, much in the same vein as the classic Legend of Zelda games, Hyper Light Drifter is a great exploration game, with plenty of action and solid controls. I find it especially engaging in its “no-text, all-atmosphere” style of storytelling. There is not a single written or spoken word in the game, relying instead on cutscenes and pictograms. It has a fantastic post-apocalyptic atmosphere, and is intentionally vague on what happened/what came before, which drives the player to explore and try to figure things out. If there’s a complaint about the game, it’s that it’s SUPER HARD – particularly with the bosses. I would have preferred less focus on the challenging combat, and more focus on exploration/puzzles.

I had purchased StarCraft 2: Wings of Liberty back in 2010 and had enjoyed its style and gameplay. However, the gap between that and the next two installments allowed it to slip off the radar for quite a while. Coming back to it now, when the trilogy was complete, was the best way to experience it (presuming you have the time!) Throughout the trilogy, there was a lot of variety and some really interesting story. I had a particular attachment to James Raynor in the first, and his goal to topple a corrupt ruler. I was surprised to develop a strong attachment to Kerrigan in the second installment, but the dark tone and philosophical debate on human nature and morality was really compelling. The third (Protoss) installment, however, fell flat for me because I found the Protoss characters hard to relate to. 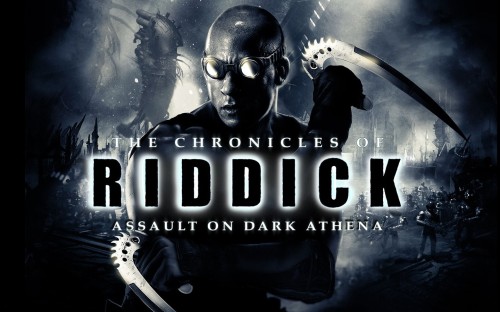 I remember playing Escape from Butcher Bay ages ago (2004), but just realized there was a remastered version released in 2009, along with Dark Athena. I was going through a bit of a “Riddick resurgence” by watching some of the movies, and remembered Butcher Bay had a great vibe to it. When playing through again (I barely remembered the narrative points), it was still enjoyable – despite its age. The concept of Riddick going to jail with nothing, and then managing to escape is a great underdog story. Some aspects were a little cumbersome in controls, but ultimately it still held up after all this time.

Dark Athena was also enjoyable, but quite a different game. It was much more offensive, and thus revealed the game engine’s age a bit more than the sneak-focused Butcher Bay. It still was enjoyable, but it got far too difficult in the last quarter of the game. The Boss battle was one of those events where you need to disable them in a specific spot to approach and trigger a quicktime event. If you don’t, the person is basically invincible. It was garbage, and a crappy end to an otherwise-enjoyable game. 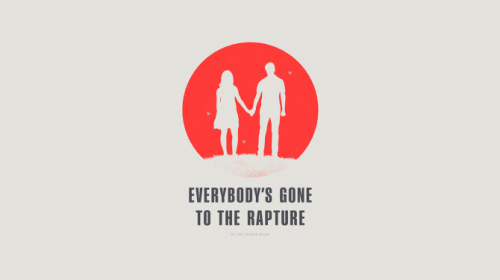 Everybody’s Gone to the Rapture

This game is part of the genre deemed by many as “walking simulators”. Ultimately, you don’t DO anything other than walk. Sound boring? Yeah, I know, and yet I enjoyed it a lot! Because combat / crafting didn’t exist, you spent your time wandering around trying to figure out what the heck is going on. Because of your ability to loosely wander through areas, you had the ability to discover narrative elements out of sequence, and it amplified the character’s challenge to make sense of the environment. The story itself was quite compelling, learning about specific characters and their personal lives leading up to the “event”. If I would complain about anything in this game, it’s that the walking speed was set and there was no “run”. So, on occasion, you would wander to a far corner and have to walk back for a while to get to the next trigger point/area to explore. It got tedious. But at 3hrs or so, it was a minor complaint. 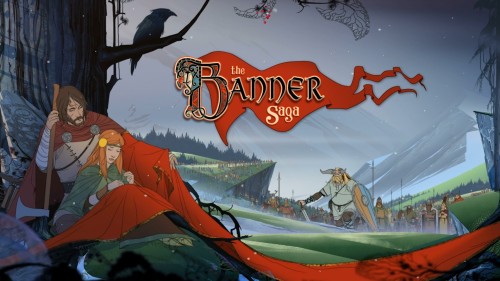 I had originally followed Banner Saga back when it was a Kickstarter , and I loved the art style and choice of setting – drawing on Nordic culture (including using the language in the music) is a great touch! This game is meant to throw hard choices at you, and you will most likely lose some of your heroes along the way (death, departures, and even turning on you) based on those choices. I enjoy the strategy, and despite your choices, it still felt like a fleshed out narrative (your decisions didn’t alter the narrative arc, only events within it). This is another tough game, however, and in my opinion too tough (no difficulty settings). It definitely scratched my Game of Thrones itch. If anything, the biggest frustration aside from difficulty was that some characters will leave/disappear and basically screw you over – I was depending on one character as a tank and then he decided to leave, so I was in trouble! All in all I recommend it, but maybe wait until the trilogy is finished so you don’t have to wait 1.5 years for the final installment.

I wasn’t sure what to make of this game at first, because it was pitched as a survival game where you crash land on an alien planet searching for a “new Earth”. But this game really grew on me, because it was a more interactive version of a “walking simulator”. You need to keep yourself fed, watered, and rested, and need to explore everywhere to try to learn about the alien world and the ruins you encounter. The game lacks any “enemies” in the traditional sense (you’re mostly alone), so everything you encounter that’s dangerous is environmental. I do like the feeling of loneliness you get exploring the world. There is little backstory, so you feel like you inhabit the avatar, uncovering things about the world as you progress. This game is finished now, so I should go back to it and play the last couple chapters of the game!

If you were hankering for another Grand Strategy Space game like Master of Orion, Stellaris may be for you! This game is frigging MASSIVE, and I think that works in its favor (earlier in the game) and detriment (later in the game). Initially, there is so much to explore and uncover, and the game also includes “anomaly event” mini-narratives where your scientist can research and uncover them. I do enjoy building an empire, and exploring. But, to be honest, the grand strategy aspect is “too grand” for me – there is so much to manage, and combat against other races is very hard to coordinate. I’ve started over a couple times and I enjoy starting off, but I run out of stam later. Ultimately, I think, I’m best served by a game focused on the exploration, and bypassing the overall “galaxy conquering” management scale. 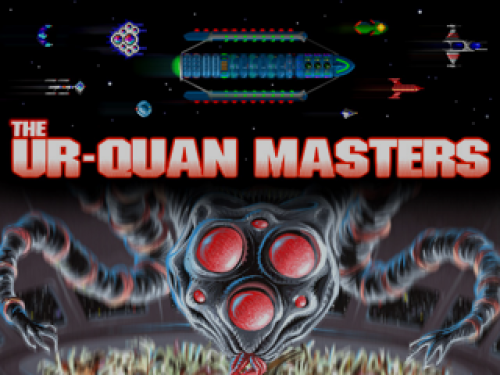 After playing Stellaris, I went back to what is probably my favorite game of all time: Star Control 2. It is a well-written exploration game where your alliance of planets has lost, and you have been cut off for 20 years. You have to figure out what happened, what is happening, and try to get in contact with new races, as well as gather valuable resources and fight off attacks.”Ur-Quan Masters” is a free “enhanced” version based on the original source code that was released, and they made it run on modern computers. I play this game every 3 years or so, and it is still enjoyable every time. It is exciting and sometimes silly, but without being goofy. I also love the exploration aspect, and only wish this game used procedural-generation of locations – it is fixed, so if you remember any locations you can go there without discovering them traditionally.

Considering this is a “free” game, I strongly recommend everyone play this! The writing/narrative  is clever and hilarious, the combat still holds up (arcadey-top-down action), and it’s a classic. There are rumors that a new spiritual successor may be coming from Toys For Bob, but we’ll have to wait and see.

Lovers in a Dangerous Spacetime

This last game I bought specifically for cooperative play, and it didn’t disappoint. Lovers in a Dangerous Spacetime is a cute space game where up to 4 players can control different consoles on a space ship (navigation, shields, guns, special weapon). Part of the challenge with this game is that there are more consoles than players, and you have to run around inside the space ship to get to another console to use it. It creates an additional challenging element to the game, aside from worrying about the enemies/obstacles themselves.  It is very “cute” (intentionally-so), but I didn’t find it interfered with the game experience. It’s a good couch-coop game!