Why Playing Jerks in Games is Good (once in a while)

(Not to be confused with playing with Jerks in games!)

When I take the reigns of a video game, I instinctively play with the best intentions -making my Captain Shepherd honorable, and my Cole McGrath a role model for the citizens of Empire City. After all, that’s what “Heroes” usually do in literature and movies, and so for a lack of a better reason, it feels “like the right thing to do”.

The Cave, Ron Gilbert‘s latest creation at Double Fine Productions, presents the player with this very situation. Playing characters that can most easily be described as selfish jerks, the three you choose pursue their own agendas to progress through the Cave, as well as uncover their own stories. There is some irony that the game design requires that three selfish characters have to work together to progress to their goals, but the game cleverly forces the character to the forefront when playing their own story-section. It still is “just about them”, as they’d want it to be. 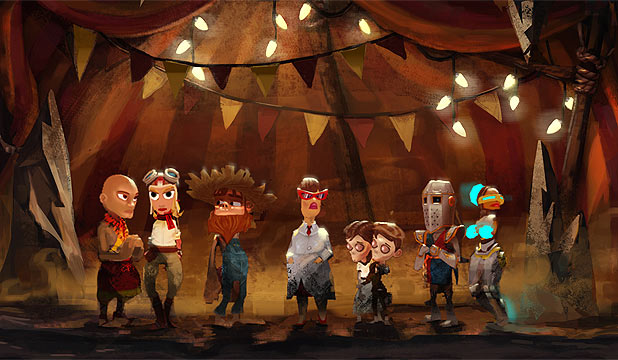 The cast of “The Cave” – a right-bunch of selfishness

To avoid any spoilers for you potential players out there, progression through the Cave requires the characters to make some morally-questionable decisions. Though the player’s hand is forced by the game’s goal to progress, they do play some part in the nefarious acts of the characters themselves. It is this act of being forced to do things you wouldn’t choose to do yourself which provides new insights and perspectives for players, encouraging some degree of contemplation over motivation and morals. While you’re certainly not going to come away agreeing with the characters’ decisions, the shared-experience of those decisions gives you some understanding for why people might do a thing like that (as well as when you’ve done something like that – albeit unlikely something as extreme).

As the narrator, The Cave makes this idea overt upon completion, suggesting that these characters in the game have not learned lessons from the experience, but perhaps the player has. It prompts images of fairytales with a moral to be learned, and achieves a similar effect. 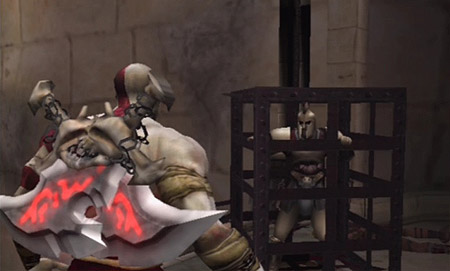 The Cave is not the only opportunity for “forced morality” on the player. Another interesting example is through the God of War series. Kratos, the protagonist, is a troubled figure. A brutish warrior that begs the Ares, the God of War for help, Kratos ends up being tricked by Ares to kill his family. The series tends to focus on his journey for revenge, which often involves committing questionable acts to achieve this. In God of War, Kratos at one point is required to make a sacrifice to Pandora in order to advance in the game. This requires him to push a human soldier, trapped in a cage, to a location where he pulls a switch to incinerate him. The whole time Kratos is pushing this cage, the soldier begs for his life. The game’s director, David Jaffe, intentionally placed this decision on the player, to push the player farther out of his comfort zone than before.

It’s a surprisingly powerful moment in a game generally remembered for its gore and slaughter. It raises questions such as if Kratos can make a difference against the gods, is he worth “more” than the life of some menial soldier? Is a soldier’s sacrifice necessary for a larger purpose? Is Kratos entitled to make decisions of life and death? Why do I feel a need to justify Kratos’ actions?

This forced morality experience is another excellent example of proving that while most players may be desensitized to the killing of enemies, they’re not desensitized to the killing of “innocents”. It’s a decision I suspect few of us would choose to make if we had an alternative, even in a video game world. There are other moments in the God of War series where this happens, though this particular episode still sticks with me from my first playthrough almost a decade ago.

ASIDE: It is also interesting, that when I searched for this video clip I found one where you sacrifice a monster instead of a man. It seems like Sony “modified” this situation for certain regions or a later release due to this particularly disturbing event.

While games seek more and more to give us choices to have our own customized story experience, we will likely miss out on experiences that make us uncomfortable. It is because of the game narrative (and through its avatar) that we can experience things we would otherwise choose resist or avoid, and not feel too bad for it. After all, we’re not “really” making the decision – the game forces us. We’re not “really” there, and it’s just a game. But it is through this shared complicity that we can really be challenged beyond the choices we make – by the ones game designers fate us to complete.

A bit more on game writing
What if I just want to stay an indie?